How much do California’s aggressive “progressives” really love abortion and worship at an unholy altar of death?  Well, to put it mildly, this year they are taking their poisonous passion to a whole other level.  Motivated by a desperate fear that SCOTUS may overturn Roe and a seething hatred of any limitations whatsoever being placed on the fake constitutional right of abortion (i.e., heartbeat laws), the California legislature is currently working overtime to deliver the nation into evil by churning out a deadly mix of bills, including:

Where are all these malevolent ideas coming from?  It’s not just oozing from pores of liberal legislators, but from the very top:  California Governor Gavin Newsom.  In September 2021, Newsom helped pulled together a pro-death cabal, euphemistically titled the California Future of Abortion Council (“FAB”) that issued “recommendations to protect, strengthen and expand abortion care in California.”  FAB includes 40 abortion rights groups and pro-death legislators.  These include the usual suspects, such as Planned Parenthood, NARAL and Senator Toni Atkins.  Just before Christmas in December 2021, FAB issued a comprehensive and thoroughly evil plan which included 45 legislative specific recommendations (read it and weep).  According to the California Family Council, the report includes “a wish list of provisions that, if implemented, would make abortion [in California] the most [well] funded, protected, promoted, and facilitated medical procedure [of] anywhere in the country.”

In addition to the above bills and laws, the not FAB-ulous death-wish list includes:

The NCLP is proud of its effective engagement on the frontlines in the courts and culture opposing the pro-death movement in America.  Our president and founder Dean Broyles served as co-counsel with ADF attorneys, successfully advocating and prevailing at the U.S. Supreme Court for California pro-life pregnancy care centers targeted by AB 775 (NIFLA v. Becerra).  Dean later briefed California prolife leaders on that significant victory at their annual conference.  This month, the NCLP submitted opposition letters in the California Assembly Judiciary Committee, urging a “no” vote on both AB 1666 and AB 2223.  On May 15, 2022, Dean was asked by pro-life leaders to speak and did testify before the Judiciary Committee in strong opposition to AB 1666.  As reported by Focus on the Family, Life News, California Family Council and CBN News, Dean said of AB 2223:

“AB 2223 seeks to legalize the killing of babies in California after birth. Depending on how the term ‘perinatal’ is interpreted by the courts, this bill legalizes the infanticide of children several weeks after their birth and possibly as late as their first birthday.  If this barbaric bill is enacted, there will be no criminal or civil liability for the mother or those who assist her with killing her baby post-birth.”

We are living in very dark times.  The evil “orcs” of Mordor are emanating from the muck of Sacramento and are brazenly marching forth to destroy goodness, kindness, and mercy.  Sadly, idolatry and child sacrifice are nothing new, but they must be opposed and stopped by people of good will who uniquely understand what is good, true and beautiful.  Please pray for and support the NCLP and our pro-life allies as we continue to remain on the front lines in the courts and culture fighting continuous battles, standing our ground and waging war against those who deal in death—those depraved hearts with an insatiable lust to denigrate and destroy the image of God by callously killing more and more precious baby humans, the apex of His beautiful creation.  May God help us in our quest. 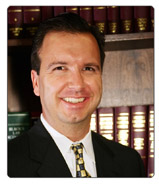